We use cookies to provide the best site experience.
Ok, don't show again 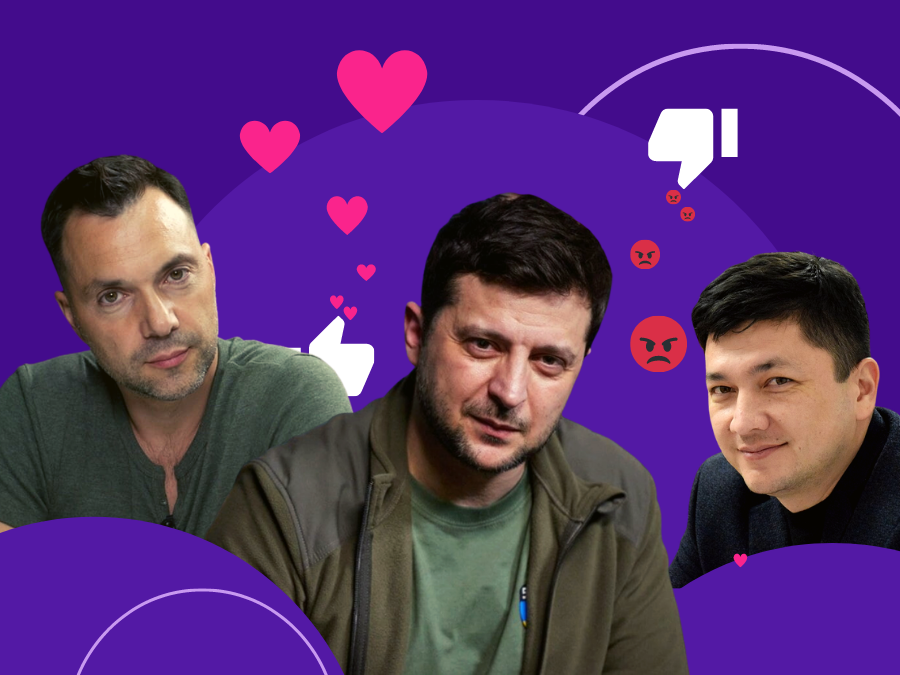 We analyzed the comments under the most popular videos with the politicians on the “24 channel” YouTube page. Videos on the Office of the President channel are closed for comments, and the last video on the Nikolaev Regional State Administration channel was left back in December.

In general, under the videos of Zelensky, Arestovych and Kim, the majority of comments were left by men. However, the difference in reviews numbers from women is small: 54.8% and 45.2% respectively, that is less than 10%.

In more detail, the largest number of female audience was collected by Volodymyr Zelensky — 47.3%. Vitaly Kim's number of women commentators was 44.6%, and 42.1% gained by Oleksiy Arestovych.

Reputational risk and how to manage it

If we note comments tone distribution by demographics, it becomes clear that women are more loyal to the heroes of the research. And among negative comments 920 (64.1%) belong to men and almost twice less — 516 (35.9%) — to women.

(“The conflict may last for weeks,

but the active phase will subside gradually” video, 989,300 views)

Comparing the comments under political leaders videos, you can immediately see the predominance of positive reviews under Vitaly Kim’s video — he is the only one whom both men and women left more favorable comments to than negative ones. Moreover, here we notice the largest tone difference: women left positive comments more than five times as much as negative ones.

Under the Volodymyr Zelensky and Oleksiy Arestovych videos women also wrote more positive reviews while men were more critical — they were the authors of mostly negative comments.

The largest share of all videos belongs to neutral tone reviews.

Why bad analysis is worse than no analysis

In total all three videos were more often commented by people from the territory of Ukraine - a total of 11,307 reviews. The second place goes to russia with its 970 comments. Also the most active commentators were users from the USA, Germany, Australia, Kazakhstan, Spain and Belarus.

If we analyze the share of negative feedback by country, the most negative (so unexpected, right?) were left by russians. So among comments from russia, 64.7% have a negative tonality. And surely the least amount of hate and criticism politics received from Ukrainians - only 12.69% of Ukrainian comments.

What is interesting, among the 17 positive responses from russians, which was only 2.58% of all russian comments, the most popular statement was written in… Belarusian language. The comment saying “You are strong and courageous, brothers! We do kneel! Glory to Ukraine! Let Belarus live!” Glory to Ukraine! Long live Belarus!” has scored 414 likes.


Finally, we leave you the most popular positive comments under the videos of Ukrainian political leaders (the number of likes are shown on the right).